In the second of a new interview series on Hospitality & Catering News, focusing on the social media habits of the hospitality industry’s busiest, most powerful and well-connected members, we hear from chef Chantelle Nicholson.

Nicholson is chef-patron of Tredwells in London and group operations director for Marcus Wareing Restaurants. Last year she published her first cookbook – Planted – under her own name, after co-authoring five books with Marcus Wareing. Nicholson, who trained as a lawyer in her native New Zealand before starting her career as a chef, is also a founding chef of the Chefs’ Manifesto and is a supporter of many charities and campaigns, such as School Food Matters. Connecting with people is the biggest benefit of being on social media. There are loads of connections I’ve made that wouldn’t have happened in the days before it existed. I’ve connected with other chefs and suppliers and found out about new products that I wouldn’t have encountered offline.

I started using social media personally five years ago. I’d used it for the restaurant (Tredwells) before that. I can’t remember what prompted me to set up my own accounts, but it has been a useful way to explore different avenues.

It takes time to pick up social media. It’s always been there for younger age groups, but those of us who didn’t grow up with it are still getting our heads around what’s going on. I’m constantly learning about the different things you can do.

Social media has been a good learning tool. I’ve learned things from other chefs and suppliers that I wouldn’t have been able to without it, so it’s quite educational in that respect too.

Unsurprisingly, my Instagram feed is mostly images of food. Sometimes I post quick recipes on there too, which people seem to really like. I use Stories to highlight events as they happen and for talking about the team.

I post at random times. Quite often I’ll post if I’m sat in a car, or on a train and I’ve got a chance to post as well as catch up on what’s been going on. If there’s something going on at the restaurant, or that I’m doing and I want to highlight that I’ll take a more structured view. Sometimes I think, ‘crap, I haven’t posted anything for two or three days, I need to do something just to keep everything moving’ and also to have a good scour through to see if there’s anything I need to look at more closely from a learning perspective.  I’ll usually do that on my day off or in the morning before work.

There is an expectation that posts should be regular. From a business perspective I feel that’s quite important to highlight what’s going on in the restaurant, but you can be more random if you’re posting on personal feeds.

I love stats, but I don’t have the time to measure my social media activity. I do find some time to do it for the restaurant, but not for myself.

Chefs have used social media to ask me about jobs. They tend to be those who are just starting out, or have the same ethos as me.

People use the @Tredwells account to make bookings in the restaurant. I find it quite interesting how social media can help people to find you and introduce you to new customers.

Who I follow changes all the time, depending on what’s going on and what I want to hear about.  One area I’m currently interested in are the sustainability initiatives that restaurants are doing around the world and how can I learn from them.

Social media can be a catalyst for change.  It’s a great way for charitable organisations without big budgets to get the message out and improve consciousness about certain things.

I learnt about Pilot Light on social media. It’s a campaign that focuses on improving mental health in the industry. It’s a really important topic and if people feel more confident talking about it on social media then it’s doing something positive. Sometimes people find face-to-face contact difficult, so if social media gets them to talk more about mental health then it can only be a positive thing.

There used to be a lot of negativity on social media. People would be in restaurants and Tweet ‘this food is rubbish’ and that kind of thing, but I think Instagram has removed that. Instagram seems a lot more positive. Twitter is sometimes just to rant and can get a bit nasty, which is why I look at it less.  When it’s talking about mental health it’s really positive, but it can fuel the fire sometimes. People can forget that there are people behind the accounts.

You need to approach social media with common sense. If you find it aspirational then you’re probably only going to feel negative about the fact you’re not like the people you follow. Things can be morphed to present a better image, so it’s not necessarily reality. We need to remember that.

There are times when I wish we could go back to the days when we didn’t have smartphones. It can be hard to switch off from it all sometimes. I think you have to be quite disciplined with yourself so it doesn’t take over.

H&C News would like to thank Chantelle for her ‘social’ insight and her time, much appreciated chef ! 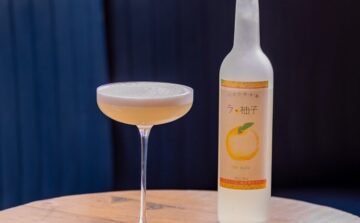 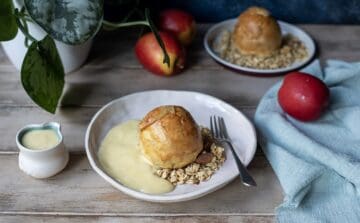