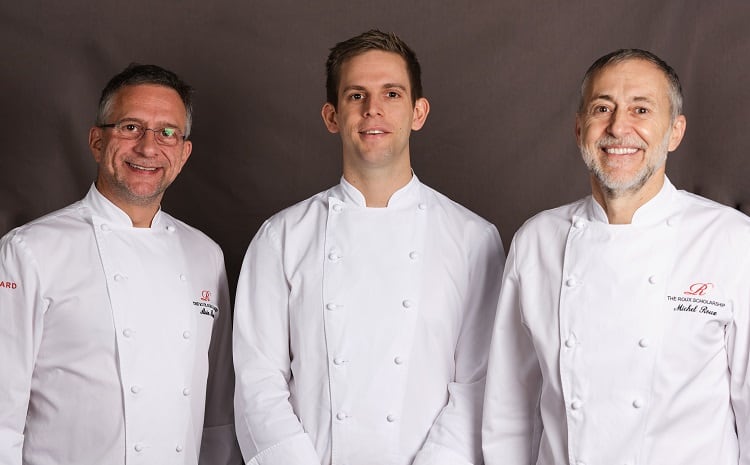 The restaurant was awarded three Michelin stars in the 2021 guide and is renowned for Björn Frantzén and his head chef Tristin Farmer’s carefully curated tasting menu that is based on both local and world-class delicacies. The gastronomic experience spans three floors in a classic shophouse building in downtown Singapore.

Williamson was promoted to Head Chef at Heston Blumenthal’s The Fat Duck shortly after winning the Roux Scholarship and he said: “I thought long and hard over where to go for my stage. It is an incredible opportunity that I know will change my life through knowledge and new experiences.

“I love the restaurant concept and think the food and style are unique. I’m very excited to be part of a different team in a different country with different produce and explore a new culture and area of the world I haven’t been to before.”

He added: “I am so grateful for the competition, its team and the Roux family past and present, to be able to provide this as a once-in-a-lifetime experience to immerse myself in another culture, cuisine, and team. As an aside, I’m looking forward to eating as much Singapore chilli crab and Laksa from hawker stalls as possible!” Williamson will land in Singapore in early April and will stay for two months.

Williamson met Björn Fratzén when he was Honorary President of Judges for the 2020/21 final, has been interested in Asian cuisine and ingredients since he worked for a year in Australia. He is the first-ever chef to win The Roux Scholarship while already working at a three-star Michelin restaurant, but the stage will further broaden his horizons and experience.

Chef Björn Frantzén said: “What awaits Oli at Zén will be a once in a lifetime experience. He will see how we run our three-star restaurant in Singapore with a new world of ingredients and techniques at our fingertips.”

Co-chairman Michel Roux Jr said: “Oli has an amazing opportunity to learn with one of the most gracious chefs and of course to lap up the local delicacies. Having worked in Asia as a young chef I genuinely believe this is a great choice.”

Meanwhile, co-chairman Alain Roux said: “To have the opportunity to do his stage at Zén in Singapore is truly amazing, especially since Chef Björn was our Honorary President of the Judges when Oli became a scholar. Chef Frantzén is one of the world’s most exciting chefs; his unusual, exquisite cuisine is as unique as it is fascinating. At Restaurant Zén, Chef Frantzén’s showcase in Singapore, Oli will get the chance to work with some of the best Nordic, Asian and European ingredients. As the name suggests, Zen is an exemplar of quality and to spend time here learning from the master is a life changing prospect for any chef.”