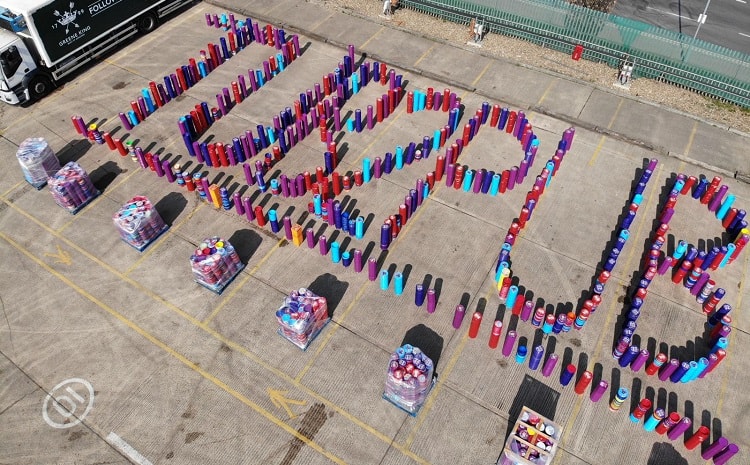 Greene King has launched its annual Tub2Pub appeal for customers to start the New Year with charity and environment on their minds, by recycling empty plastic sweets and biscuit tubs.

Over 1,600 Greene King pubs will act as drop off points for people to leave their empty plastic confectionary and biscuit containers as they cannot be easily recycled in kerbside collections. The successful 2022 Tub2Pub scheme saw an amazing 24,000 tubs, which is over three tonnes of plastic, saved from landfill.

Throughout January and until 19 February, customers can recycle their clean and empty tubs at Greene King’s 1,600 managed pubs and franchised pubs throughout the country. Find your nearest participating pub by visiting tub2pub.

This is the third year Greene King has partnered with co-cre8 in the Tub2Pub scheme. Co-cre8 specialises in recycling the hard polypropylene plastic which the tubs are made of. Money raised from the sale of the resulting granulated plastic will be passed on to Greene King’s charity partner, Macmillan Cancer Support.

Vance Fairman-Smith, Greene King’s supply chain director, hopes 2023 will see a new record number of tubs collected. He said: “Tub2Pub is simply a great initiative as we all need to play our part in tackling waste. As a company we’re constantly working to support our communities and are committed to reducing the impact on the environment.

“January and early February is an ideal time for our pubs to act as community collection points as millions of these tubs are sold over the festive season.”

Peter Goodwin, managing director and co-founder of co-cre8 added: “We are delighted to be working with Greene King again in 2023. Our successful partnership means there is an extensive network of pubs across the country where people can drop off their empty tubs. It’s simple, convenient and effective. It’s good for customers, charity and the environment.”

Customers can drop their tubs off at participating pubs from 1 January to 19 February.