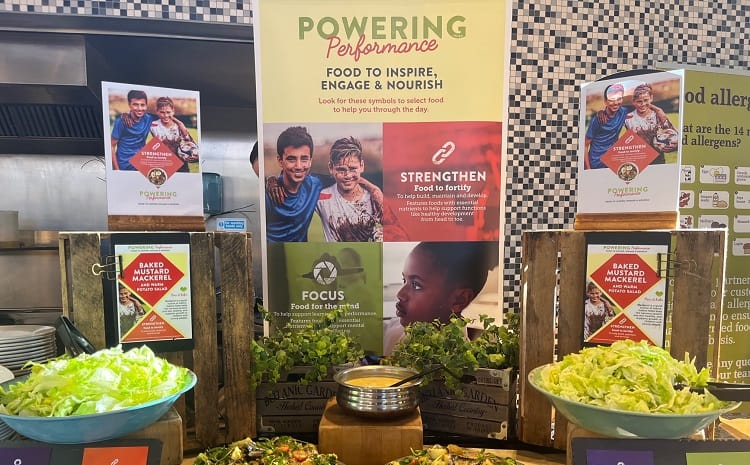 Sodexo’s contracts with Altrincham Grammar School for boys, Lady Eleanor Holles, St Paul’s Cathedral school and Magdalen College include the delivery of food services which provide healthy, nutritious, tasty meals with sustainability at the heart, whilst at George Watson’s College Sodexo’s team of over 30 will continue to deliver exceptional cleaning services with environmentally friendly and innovative cleaning solutions for a further two years. Sodexo has been the College’s cleaning partner for 33 years.

Sodexo has been providing school meals at St Paul’s Cathedral School in London since 1998 and will continue for a further three years. The small co-ed prep school has around 260 pupils, the majority are day pupils, but the school does have a small number of choristers who board.  Sodexo provides meals for the pupils and staff throughout the year including Christmas Day and over the Easter weekend.

At Altrincham Grammar School for boys, Sodexo has been the catering partner for around 25 years. The school which is part of the Hamblin Education Trust has chosen to extend Sodexo’s contract for a further five years and has added the Trust’s North Cestrian School to the contract.  At both schools Sodexo’s team will deliver a breakfast, break and lunchtime service as well as manage the sixth form café, tuck shop and vending at Altrincham Grammar School for boys. New ‘grab and go’ stations are planned for each school.

Lady Eleanor Holles School is an all-girl independent school in Hampton. Sodexo has been the school’s catering partner since 2014 during which time the school introduced compulsory school meals for its students in its junior and senior schools up to sixth form.  The new contract is for a further five years and includes breakfast, lunch and tea for the junior school and prep pupils.  Sodexo also provides catering for the school’s sixth form café.

Magdalen College School is one of Sodexo’s longest independent school clients.  The new five year contract will take Sodexo and the school’s partnership to 45 years. Like St Paul’s, Magdalen College is steeped in history and in 2030 will celebrate its 550th anniversary. To ensure the school estate is in a position to sustain the school into the future the school launched its Link Building project earlier this year.  As part of the project the kitchen and food servery area has been expanded and improved to allow better pupil flow and more menu choices to be offered.

Steve Hawkins, managing director for schools, Sodexo UK & Ireland said: “Our Independents by Sodexo team has long-standing partnerships with many prestigious schools, and we are thrilled that this year we have seen so many of them decide to continue to partner with us. These five schools are all committed to having a positive impact on society and the environment, a commitment shared by Sodexo.  It is our aim to provide food that will sharpen minds, energise the body and make children of all ages smile, whilst being kind to the planet and minimising waste.

“At Sodexo we are firmly in the belief that it all starts with the everyday and are committed to delivering a school meals service that brings the school community together and provides the school and parents with the confidence that the children are receiving healthy, nutritious and sustainable school meals.”

Following the creation of the Healthy Futures Partnership with the British Nutrition Foundation Sodexo will be introducing its Powering Performance programme at these schools, excluding George Watson’s College.

The programme has been developed to help and support children and young adults to make informed food and drink choices. A balanced and varied diet promotes good health and wellbeing, both during childhood and into adulthood. The programme provides our chefs with healthier recipe guidelines and nutrition guardrails when creating dishes, as well as providing bespoke nutrition training for Sodexo’s catering teams and offering school-based engagement activities.