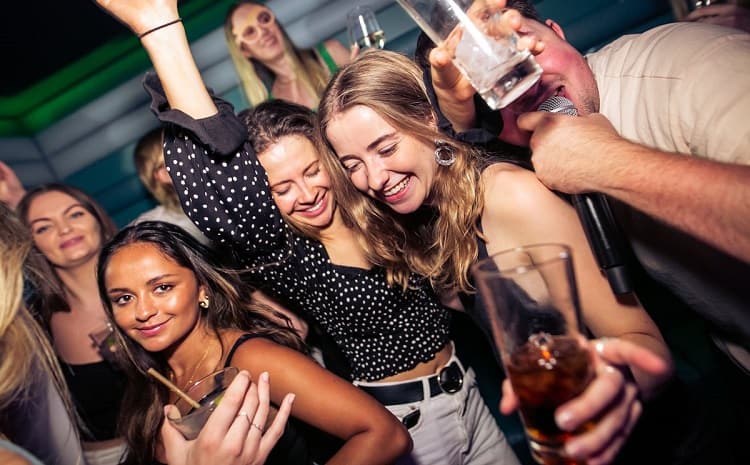 Pioneering entertainment brand Lucky Voice has revealed plans for a major programme of growth and investment which will see the business double the size of its estate over the next two years.

The expansion plans come off the back of record results for the business, which specialises in buzzy cocktail bars and intimate karaoke rooms in prime city locations.

Lucky Voice outperformed all expectations when reopening post-lockdown in May 2021, confounding restrictions by returning to 2019 levels of trade within weeks, and has continued to go from strength to strength ever since.

Lucky Voice currently has venues in Soho, Islington and Holborn in London, as well as Brighton and Dubai. By the end of 2024, the company aims to grow to 10 owner-operated venues, including a significantly expanded presence in London and new sites in Manchester and Birmingham, along with further franchise development in MENA.

In this financial year, Lucky Voice will also invest significantly to improve its existing estate, with more than £500k earmarked to refurbish venues and upgrade software and technology, including the development and launch of a new loyalty app which allows customers to access special offers and upcoming event details.

Kickstarting the investment programme is the first ever Lucky Voice venue, on Poland Street in Soho, which has been a staple of London nightlife for 17 years. Following a £300,000 investment – the biggest for the business since 2017 – the venue has reopened with a modernised, more sustainable approach.

A new food and drinks menu has been introduced with a distinct environmentally friendly focus, and new technology such as way-finding LED lighting has been added to help improve navigation around the underground venue. Different coloured lights direct customers to the colour-coded rooms, where they will find new air conditioning units and an improved colour scheme – a teal and turquoise palette which is designed to give off a calming effect.

Lucky Voice’s growth plans will create a range of fantastic hospitality jobs with great career progression opportunities. 100% of the company’s General Managers have progressed through the business, while Managing Director, Charlie Elek, started out as a Head Office intern. One of its core company values is to ‘have fun, be fun’, and employees are offered the same excitement that their karaoke-loving customers enjoy when they pick up one of the mics.

Charlie Elek, Managing Director at Lucky Voice, comments: “We’ve been delivering phenomenal nights out since 2005, and we’re sounding better than ever in 2022. The refurbishment of our Soho site forms part of a wider strategy for the business, as we seek to grow and invest in our venues to ensure we provide the most amazing experience, both for guests and for our teams. Our mission is to combine karaoke with great service, technology and food and drink, and we’re constantly thinking about how to give people their favourite night out.”

To mark the reopening of the Poland Street site, a new food and drinks menu has been launched, with a distinct environmentally friendly focus. Symbols on the menu show which suppliers are B-Corp certified, UK-based and made from organic ingredients. For example, the house pour – Sapling – is bought in 5L bag-in-box formats, and decanted into bottles. For every bag bought, Sapling plants one tree, and the teams have the opportunity to go and plant those trees once a year.

The venue is also reducing its carbon footprint by shifting to canned beers and water. Four of the five beers on offer are now served in cans, while the menu will also feature a new and improved range of low-and-no alcohol options.