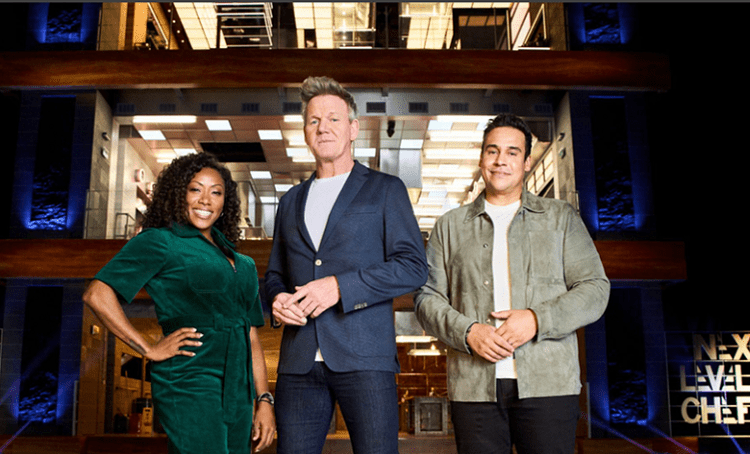 Chef Paul Ainsworth is delighted to be joining his former mentor, Gordon Ramsay, on Next Level Chef, which starts next Wednesday on ITV.

Ainsworth will be guiding twelve talented contestants on their culinary journeys alongside American chef, Nyesha Arrington.

Billed as the evolution in cooking competitions, Ainsworth commented on the new series saying: “I am so excited to be part of Next Level Chef which sees twelve home cooks, chefs and social media cooking enthusiasts battling it out in a number of gruelling and high intensity challenges.

“It is an absolute honour to share the stage with long-term friend and role model, Gordon Ramsay, who I have respected since my days working together at three Michelin-starred restaurant Royal Hospital Road in 2000. I can’t wait to show what we have been working on for the last year and to support but challenge our amazing contestants through the show. The Next Level Chef winning prize will be life changing for whichever deserving chef makes it through, and it’s a privilege to be playing a part in that.”

The Ainsworth Collection encompasses Michelin-starred Paul Ainsworth at No6, Caffè Rojano, The Mariners Public House, and Padstow Townhouse – all of which are run by Ainsworth and his wife, Emma in North Cornwall.

Paul Ainsworth grew up in and around his parents’ guesthouse in Southampton, developing a strong sense of hard work and a passion to succeed. An avid supporter of Cornish farmers, fishermen and artisanal producers, Paul’s inventive cooking celebrates everything the region has to offer.

The eight-part series, Next Level Chef, starts in the UK on ITV1 on Wednesday, January 11 at 9pm.