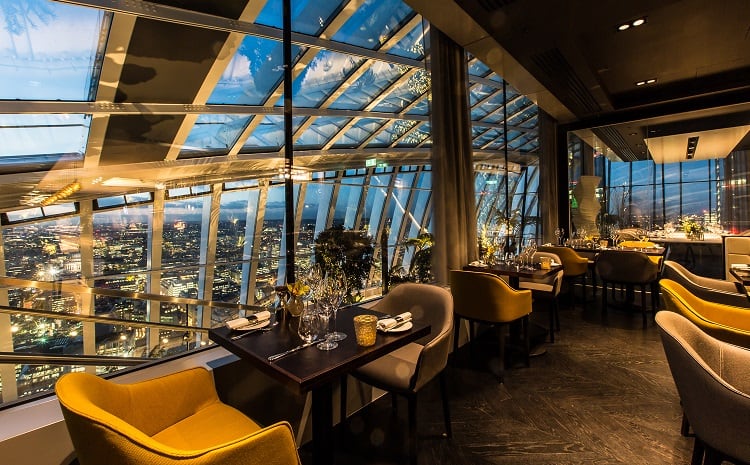 Rhubarb Hospitality Collection has appointed Kerth Gumbs as Head Chef at Fenchurch Sky Garden’s restaurant on the 37th floor of Fenchurch Building, better known as the Walkie Talkie due to its shape.

Gumbs brings with him almost two decades of experience working in the kitchens of numerous world-class establishments.

He joins from restaurant and bar, Boiler & Co, where he held the position of Head Chef, and prior to that he held the same position at highly acclaimed restaurant, Ormer Mayfair.

A Le Cordon Bleu graduate, he was also crowned champion of the London and South East region in BBC Two’s Great British Menu 2020, making it to the national finals, and he has recently been announced as one of the judges for BBC Three’s new Young MasterChef, due to air in 2023.

Kerth Gumbs, Head Chef, Fenchurch comments: “With its unrivalled city skyline views and its reputation as one of London’s leading fine-dining rooftop restaurants, I’m thrilled to be joining the Fenchurch team. It is a beautiful and iconic venue with so much to give, and I’m really looking forward to putting my own stamp on the menu.”

PH Jacobse, CEO of Rhubarb Hospitality Collection comments: “We have long admired Kerth and we are so pleased to have him on board. His innovative and modern approach to fine dining and immaculate presentation skills will be a real asset and I know he will take Fenchurch to new heights.”

All cleaning and maintenance under one roof