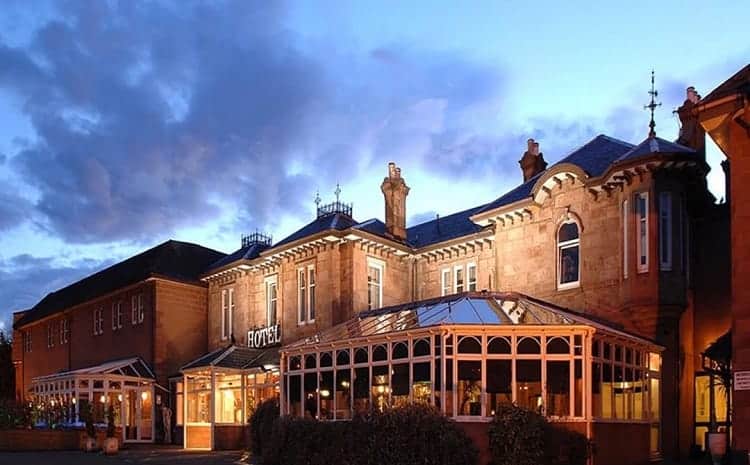 In an effort to support their team and customers during the cost-of-living crisis, Scottish hospitality business Manorview has made a commitment to increase wages across the business, while also freezing prices in their bars and restaurants. Manorview operate a collection of eleven hospitality venues in central Scotland.

Despite their continuously rising costs, the business, who have just been crowned winners of the Industry Trailblazer award at the Scottish Living Wage Awards, has made the decision to increase everyone’s wages throughout the company, as well as freezing the cost of food and drink in their venues.

Manorview are a Living Wage Employer, meaning they voluntarily pay the real Living Wage rate to everyone in their business at a minimum. The real Living Wage is the only rate that’s independently calculated based on the cost of living. The rate rose by 10% this year, moving from £9.90 to £10.90 per hour – which is between £1.40 and £6.09 more per hour than the government’s national minimum wages. It’s the highest increase that the Living Wage has seen to date.

Being an accredited employer, Manorview increased everyone’s wages to the new rate by November 28th. Those on a higher hourly rate also received a raise. And their team who are on salaries also received a wage increase.

In January, the business will share 10% of their net profits from the previous financial year with everyone who has been in the team for 12+ months.

The amount each person gets is calculated on average hours and not on pay or role. This means that whether someone is a Kitchen Porter, Housekeeper, Hotel Manager or Director, they will get the same profit share if they work the same hours.

David Tracey, Managing Director of Manorview, said it was important that they played their part in whichever way they could. Commenting on the decisions, he said: “In these situations, it can be challenging to identify the ways that you can make a difference. The reality is we can’t influence rising energy costs, and we can’t lower fuel costs, but what we can do is look after our team and ensure our customers can continue to enjoy our venues without costs rising there too.”

Experiencing the pinch themselves, with rising stock and energy costs, the business was determined not to have the economic situation impact their customers either. David continued: “Not only are our customers the lifeblood of our business, but socialising is also such a key part of people’s wellbeing. So, we wanted to play our part by freezing the prices so that we weren’t making it more expensive for customers to enjoy our restaurants and bars.”

The price freeze will apply to all nine of the restaurants and bars the group operate throughout central Scotland, and Manorview have committed to freezing them for as long as they can afford to.

Carlton Graham, Manorview’s Operations Director commented that he wants customers to know that when spending their hard-earned money in the venues, it is also contributing to the wellbeing of the team.

Graham said: “Our customers should know that when they eat and drink with us, they are contributing to something bigger. They are making it possible for us to pay the Living Wage and increase our team’s pay across the business. In this economy that’s no mean feat, and we are very grateful to our fantastic, loyal customers.”

Manorview are also looking into other ways they can support their team throughout this period, with plans being discussed to set up a pot of money that the team could access if they had a personal crisis that they needed financial support with. The business is also going to be sharing financial wellbeing tips and tricks with their team, and they currently pay for every person to get free access to an employee assistance programme – which offers help, advice, and various services, such as online counselling.