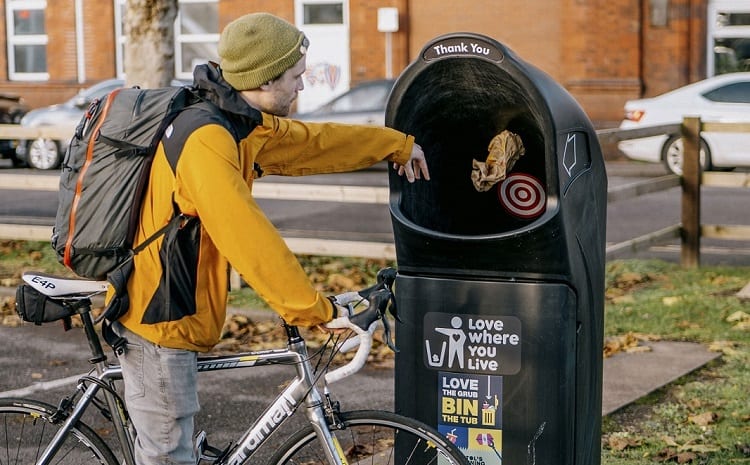 The recently launched anti-litter campaign ‘Bristol’s Binning’ is increasing its efforts to get residents binning thanks to the involvement of local businesses.

McDonald’s restaurants across the city have joined forces with Hubbub to boost campaign efforts to reduce litter on the streets of Bristol.

Campaign partners Bristol City Council, Hubbub, and Bristol Waste launched Bristol’s Binning in early November with the roll-out of new eye-catching bins in litter hotspots. The creative bins feature bright colours, song lyrics, gaming motifs and playful puns to instil Bristolians with a sense of pride in keeping their city clean, with a focus of engaging with young people.

McDonald’s has earmarked £5,000 worth of instant wins on a prize draw app, for people who dispose of their litter in areas around the stores and across the whole of Bristol. To take part, Bristolians are encouraged to download the app, submit a picture of themselves binning litter or recycling, and they’ll be in with the chance of winning prizes from £5 to £250.

Alongside this, McDonald’s will encourage customers to bin their litter across six restaurants and drive-thrus in the Bristol area with menu boards and bins dressed in the campaign’s puns and lyrics to draw attention.