IoH Restaurant Manager of the Year launches alongside The Hari London 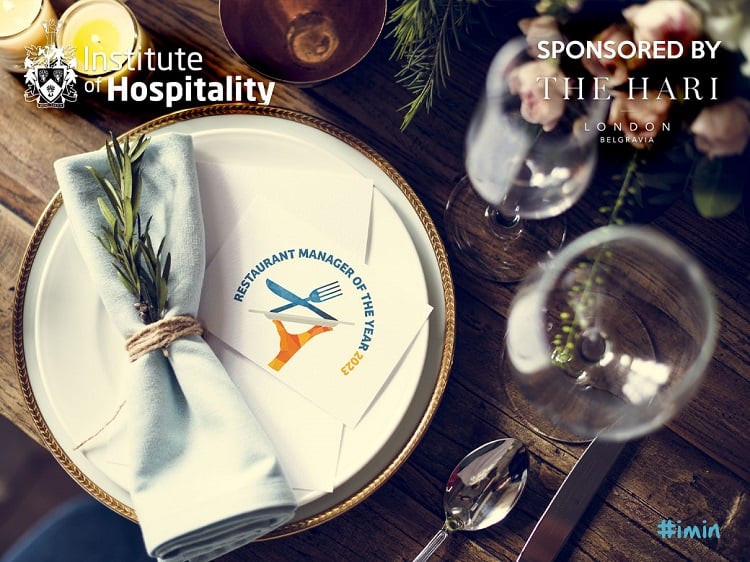 The Institute of Hospitality has launched its prestigious Restaurant Manager of the Year competition for 2023, with luxury hotel, The Hari London,  confirmed as headline sponsor in a 3-year sponsorship deal.

This year’s winner will also receive, a tailored professional development programme designed around them to help their current role and future career, a year of tickets to attend the top IoH events, including Above & Beyond and the Fellows’ Dinner, one year’s IoH Membership and much more, to be announced in the coming weeks.

Launching the competition, Robert Richardson FIH MI, IoH CEO explained: “This year’s competition is expected to uncover some amazing ‘unsung’ individuals. We would encourage anyone who has the job title ‘Restaurant Manager’ and is passionate about what they do, to come forward and complete our very short entry form. All our previous IoH champions have excelled in their careers and are a credit to the Institute and the UK hospitality industry. So regardless of the size of business you work in, just apply and you could be our next winner.”

Andrew Coney FIH, General Manager at The Hari London said: “We are thrilled to be sponsoring the Restaurant Manager of The Year award in 2023. As we all know, Restaurant Managers are the life and soul of each establishment, and it is such a pleasure to celebrate their hard work.”

The closing date for entries is 14 January 2023 and the successful candidates will be invited to the Hotel Café Royal, London on 6 March 2023 where they will compete in the semi-finals. Tested on their technical skills by a panel of leading industry professionals, the lucky few will then take part in the UK RMOY Final, on the same day, with the winner announced that evening.

The Hotel Café Royal’s, Managing Director Guillaume Marly, who hosted the event in 2022 said: “We are delighted to be hosting Restaurant Manager of the year 2023 at Hotel Café Royal. It is a brilliant opportunity to acknowledge the many dedicated, professional and talented individuals in our industry.”