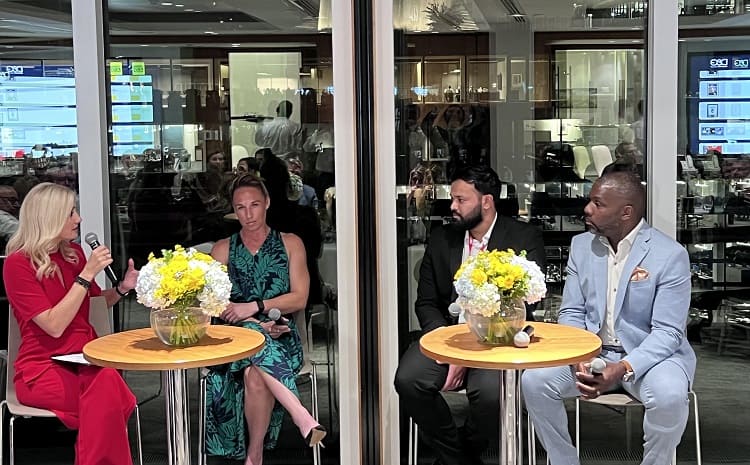 BM, Hogan Lovells and Ellis Wines raised more than £40,000 during a special three-course Michelin-starred dinner in London, supporting the work of citizenAID’s in the Ukraine.

The menu was developed by Adam Byatt, chef-patron of Michelin-starred Trinity in Clapham, who is also consultant chef at BM.

The meal was finished off with a desert of Islands chocolate cremosa, vanilla Chardonnay vinegar, marinated raspberries, honeycomb and candied pistachio.

Money raised from the auction and ticket sales will go towards supporting citizenAID’s work, providing medical aid, tents, shelter and beds to those affected by the ongoing conflict in Ukraine.

Angus Brydon, managing director, BM: “The war in Ukraine has touched so many of us in different ways. We, like so many others, are saddened by the difficulties faced by ordinary Ukrainians and wanted to show our support by creating an event which can not only raise funds to support citizenAID’s efforts, but also continue to keep the plight of so many in the forefront of peoples’ minds.”

Established in 2016, citizenAID is a UK charity which supports individuals, communities and organisations to help themselves and each other when caught up in conflict. The charity also creates and distributes first aid advice for serious injuries.