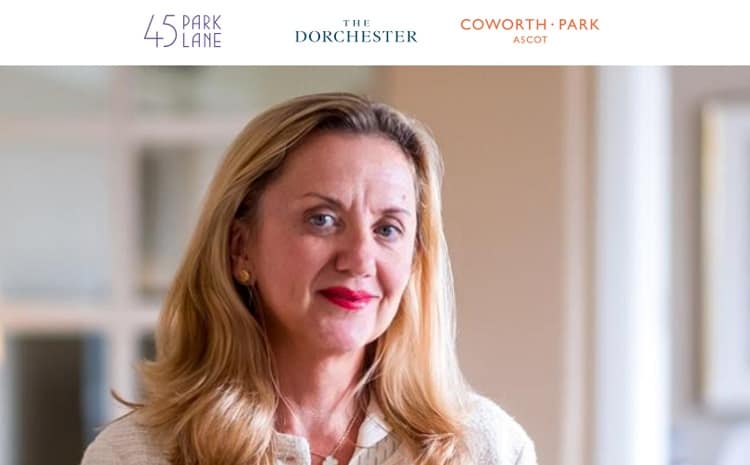 Dorchester Collection has announced the appointment of Marion Ryan as area director of sales & marketing for its three UK hotels, The Dorchester, 45 Park Lane, and Coworth Park effective immediately.

Ryan replaces Matthew Rowlette, who after nearly five years at Dorchester Collection takes on a new venture in Dubai.

Ryan brings to Dorchester Collection over 20 years of extensive experience in the luxury hospitality industry, with her most recent role being as director of sales & marketing at Four Seasons Hotels UK Collection, overseeing a large sales and marketing team.

Prior to this, Ryan held the role of head of sales and marketing at The Lanesborough, responsible for the development and execution of the hotel post reopening, as well as launching The Lanesborough Club & Spa.

She has also held of the role of director of sales and marketing at The Savoy and prior to this began her career at Four Seasons, where she stayed for 15 years.

In her new role, Ryan will be fundamental in the strategic direction of sales leadership across the three UK hotels. Spearheading market positioning and reservation strategies to achieve global growth, joining Dorchester Collection at an integral moment for all three of its UK hotels.

In November, The Dorchester will complete the first phase of its major renovation, embracing its next chapter as the London home from home for those who make the world turn.

Commenting on the appointment, Luca Virgilio, general manager of The Dorchester, says: “We are thrilled to welcome Marion to the company at a time of immense excitement for Dorchester Collection’s three UK hotels.

With her wealth of knowledge within the UK hospitality industry and a true passion for luxury hotels, I am confident that she will be a huge asset to the team.”

Speaking about her new role, Ryan says: “I am excited to join such an iconic brand and be a part of Dorchester Collection’s team in the UK. I look forward to spearheading the sales and marketing strategy of three iconic hotels as they take on an exciting new era.”