By Majella Taylor, New Openings Editor, H&C News: On a mission to disrupt and revolutionise the hospitality industry, and going rather well. 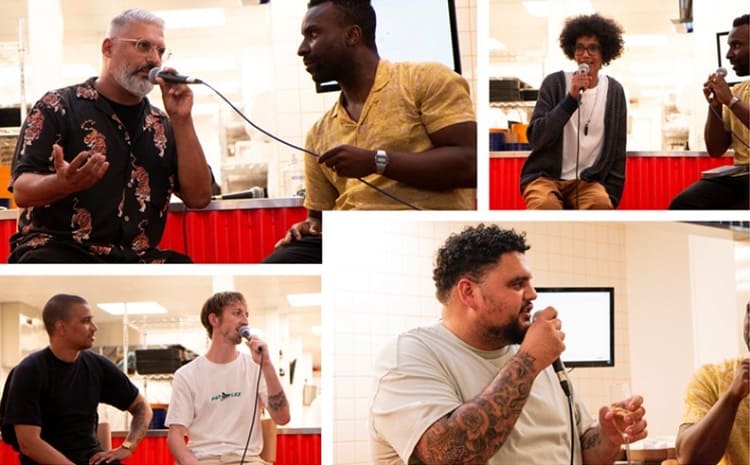 It was a pleasure to attend the recent launch of the new Sessions food venue in Upper Street, Islington. They have been on my radar for a while now, as I was intrigued by the concept created by Dan Warne, previously MD at Deliveroo.

In their own words… “The brand is on a mission to disrupt and revolutionise the hospitality industry, offering exciting culinary experiences with diverse food choices from new and pioneering chefs and founders.”

Over the next six months, Sessions will feature dishes from the following chefs:

This all comes together in a spacious and playful venue; fun and relaxed vibes abound with swift table service and a great drinks selection.

There was a real buzz in the air upon arrival. A young trendy crowd eagerly awaited the event to start while the featured chefs took their time to talk and pose for photos with guests, while dancing to funky tunes from Hoxton Radio.

As the anticipation peaked, the Evening Standard’s restaurant Critic Jimi Famurewa took to the stage to interview Dan Warne and the chefs.

Wise words from Big Has who brings his no-nonsense cooking style to the Sessions venue. When asked about how he got into the industry, he replied, “I secretly watched cooking shows at school, but I never pursued it. Instead, I became a security guard but after two years I figured out I didn’t want to do it anymore. That’s when my mum heard about Jamie Oliver’s 15 program and made me apply. I got onto the course and now have been a chef for eleven years.”

Next up, Zoe Adjonyoh, Director of Programs, Woman’s Leadership with the James Beard Foundation. Adjonyoh has spent the last 12 years pioneering an African food revolution and supporting women in the hospitality industry.

I asked Zoe about the challenges she faced in the industry and what drew her to the Sessions concept.

“I didn’t come through the traditional route to hospitality so I didn’t have a network, chef friends or mentors, anyone to reach out to for advice. I didn’t have anyone to help amplify what I was trying to do so it was impossible to raise investment as no one understood it.

“Sessions has the only fair model in the industry, and I’ve been working in it for 12 years. It puts the chef back in the central role of the creative and takes away the nightmares of running a restaurant.”

Next on the stage, were London chefs, Norman’s Richie Hayes and Elliot Kaye who talked about their commitment to celebrating British culture through their classic dishes. “English food has a bad reputation for being quite bland and I used to hear this even from other chefs in the industry, so that’s one barrier we’ve faced. Then starting out by ourselves was also a challenge and we had to take a real hands-on approach to the business, even helping out with the building etc.”

Last but by no means least, the bold and vibrant Jay Morjaria takes the stage with his new brand, Tiger and Rabbit, which takes a lively and fresh approach to traditional Korean dishes.

I asked him why he believes the food industry needs democratisation. “The way we treat kitchen staff, equality, and diversity can all benefit.

“There has been a lot of progress but it’s still out of line. We don’t appreciate people’s time and effort that they put into the craft. That’s why it has been so tough the past few years with staffing, if I’m going to be underappreciated and underpaid, then what’s the point.

“The younger generation are walking away. It’s not a lifestyle choice for everyone. We need to make kitchens more bearable and rethink how we reward and look after our teams so that people come back and treat it like a craft and part of their lifestyle.”

Guest-friendly portions of each and every dish on the Sessions menu made its way into the crowd as we awaited with enthusiasm. My thirst had been thoroughly quenched by the Sessions crew and now I was ready to eat, and boy, was I delighted by the first dish.

Norman’s pork patty, red Leicester, hashbrown, egg, Norman’s Brown Sauce in a potato bap. What a way to start! That home-made brown sauce had the ideal level of sweetness to compliment the perfectly seasoned pork. And who doesn’t love a runny egg on hash brown?

Zoe’s crispy okra arrived at our table. ‘How good can okra be?” I hear you cry. A delicately spiced light crispy batter wrapped the okra like a comfort blanket, creating contrasting and fun textures. Very morish indeed.

Crispy chicken in a curry mayo from chef Jay, left us wanting to lick our fingers, we refrained of course.

We finished on the two dishes by Big Has, which have my mouth watering as I write this, Mixed Shish and Halloumi & Marguez Sausages.

Delicately spiced and succulent lamb kofta with tender lamb rump, both cooked to perfection and both absolutely sublime. 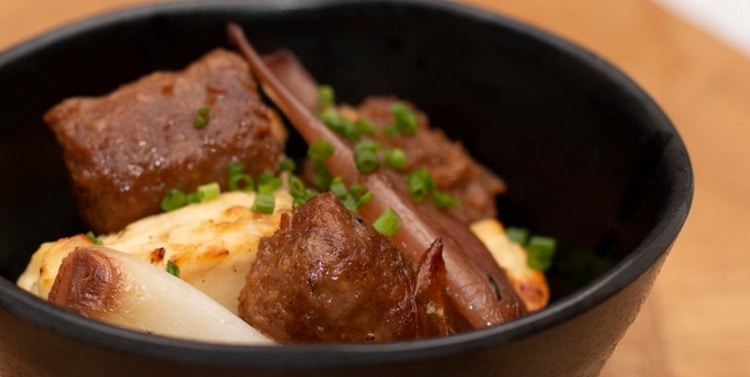 The subtly spiced sausage combined with the firm but creamy texture of the halloumi was like a party in my mouth.

All the dishes were well received and the air was electric with phones making Reels and Instagram posts.

I definitely recommend giving this place a visit, it’s entertaining and enjoyable and the food certainly won’t disappointment.