By Angela Green, Content Executive, H&C News: Giulia Caruso’s ‘Faces of My Dreams’ on show at ME London. 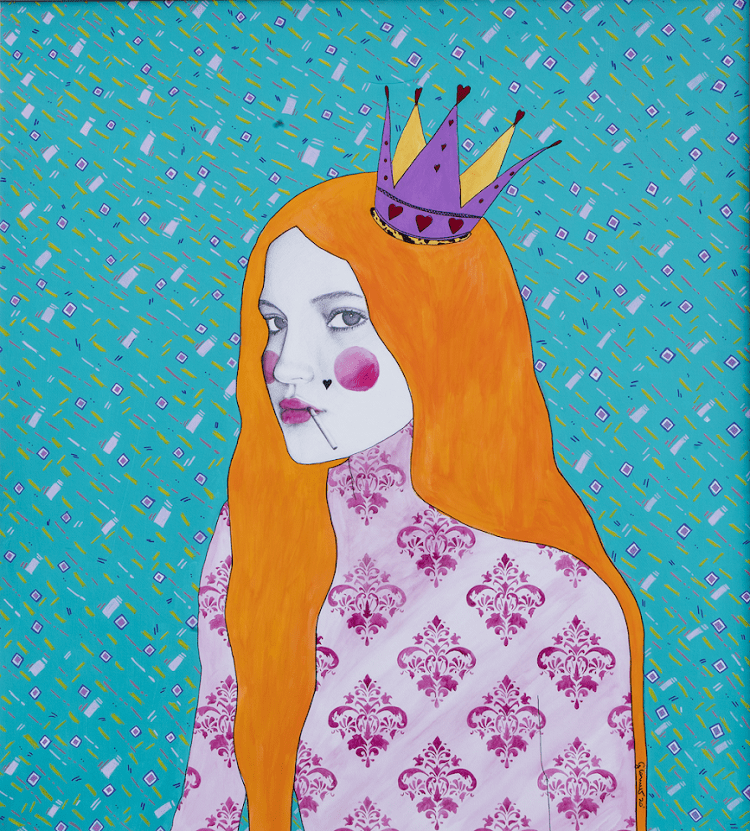 In celebration of London Fashion Week, from September ME London and Gone Rogue are presenting pop surrealist portrait artist Giulia Caruso and her collection ‘Faces of My Dreams’, featuring a selection of 15 one of a kind female portraits highlighting themes of fashion, natural events and patterns.

Displayed at ME London’s Marconi Lounge from September until the beginning of the festive season, Giulia welcomes guests to experience the stories of her artwork and to enjoy an exclusive look at a brand new NFT, showcased at a private viewing of the exhibition.

A variety of mixed media has been explored in Giulia’s creation of the collection, including paper, markers, watercolours and gold leaf. Influenced by her adoration for Ibiza, the artist’s striking work is inspired by the feminine energy that she has taken from the magical Spanish island, as well as the colour patterns and organic elements which include seasonal fruit, trees and insects. Giulia also takes inspiration from multiculturalism and the emotional state of her protagonists.

Giulia’s paintings have previously been exhibited nationally in Italy, France and the USA, with her work having been featured in publications including Condé Nast and The World of Interiors. Born into an Italian family, Giulia spent the first two years of her life in the African Sahara, before moving to South Africa where she spent four blissful years in the relaxing setting. She believes that these incredible experiences have shaped her personality and given her the curiosity to travel and discover the world and its many cultures.

In support of her focus on enhancing female energy, Giulia has recently set up the charity Faces United. The mission for the charity is to raise money and act as a structure that sustains female minorities around the world, funding new businesses to support women in becoming economically independent. Famous figures, previously including Dita Von Teese, Jaime Winstone and Spanish supermodel, Cristina Tosio, will lend their images to be portrayed by Giulia in order to raise money for the charity. The project will be ongoing with different famous faces selected each year.

Giulia Caruso’s ‘Faces of My Dreams’ has been curated for ME London in celebration of London Fashion Week by London based collaborative art curators, Gone Rogue, and will take place from 13th September until the beginning of the festive season.